It’s safe to say that the Yankees weren’t great in 2013. Their 85-77 record was decent, but their Pythagorean record and WAR indicate that they should have won something like 79 games. A lot of things went wrong this year, including a myriad of injuries and disappointing performances from key players. All of these maladies overshadowed the Yankees starting rotation, which happened to be one of the best in baseball – 4th according to Fangraphs WAR — behind the Tigers, Rangers, and Red Sox.

On the face of it, this sounds a little absurd. Hiroki Kuroda and Andy Pettitte were good, 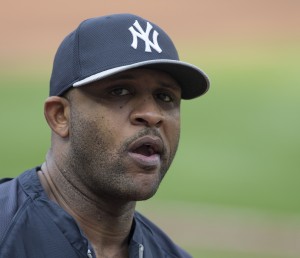 but not great, Ivan Nova missed time with injury, and C.C. Sabathia and Phil Hughes were big disappointments this year. So how could the Yankees rotation have graded out so well?

While the rotation lacked dominance, it also lacked anyone who was terrible, or even bad. As hittable as Hughes looked at times, he was worth 1.4 fWAR as a starter, which is actually decent, especially for a fifth starter. Only three teams in baseball had a fifth starter better than Hughes by WAR – the Tigers with Rick Porcello, the Indians with Zach McAllister, and the Athletics with A.J. Griffin.

The non-regulars in the rotation were also more than serviceable. In particular, David Phelps and Vidal Nuno really came in handy as depth pieces when Nova went down with injury. Over 19 starts, the quartet of Phelps, Nuno, David Huff, and Adam Warren combined for 99 innings and a 3.98 FIP, good for a win and a half above replacement.

Here’s how each member of the rotation fared compared to the rest of baseball:

Without such solid pitching, the Yanks wouldn’t have even sniffed the postseason. Unfortunately, 60% of this rotation – Kuroda, Pettitte, and Hughes — probably won’t be back next year; and other than Phelps, there aren’t many internal options to fill the void. Warren, Nuno, and Huff all have their merits, but are almost entirely unproven as major league starters. Brett Marshall still needs seasoning in triple-A, and it would be foolhardy to count on anything at all from Michael Pineda or Manny Banuelos at this point.

In order to maintain a respectable rotation, the Yankees will need to bring in at least one viable starter this winter. Letting more than one rotation spot fall to the Warren et al. crowd would just be a bad idea.  The average major league team used 10 different starters in 2013. Injuries happen, ineffectiveness happens; and sometimes they happen to multiple players at the same time. Guys like Nuno and Marshall are good depth pieces, but handing them rotation spots out of the gate could cause things to get ugly if and when the injury bug bites.