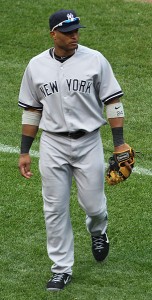 The unthinkable occurred yesterday morning as news broke that Robinson Cano had agreed to a ten year, $240M contract with the Mariners. Reports for the past few weeks indicated the Yankees and Cano had been far apart in negotiations, but the consensus was that the two parties would eventually reunite. The Yankees’ simply do not lose their own homegrown stars to free agency or get outbid. Alas, those two narratives have now been broken.

I can’t blame Cano for taking the money he was offered. The Yankees’ proposal wasn’t remotely close, so it’s not like he was leaving the Yankees for an immaterial amount of extra money. One might argue that money shouldn’t matter at a certain point and there is something to be said about loyalty, but this is the reality of free agency. Time and time again, players go to the highest bidder. He might have taken a slight discount to stay here, but not $70M less than Seattle.

One of the strangest things about Cano leaving, in my mind, is where it leaves the Yankees in terms of homegrown positional talent. This season, Derek Jeter and Brett Gardner will be around (unless Gardner is moved). But in 2015, the odds of the Yankees’ having a homegrown regular in the field looks slim. Jeter may call it a career, and Gardner will be a free agent. The most likely candidates to be regulars from within are Tyler Austin, Slade Heathcott, and Zoilo Almonte, but none of those players are terribly inspiring after what happened this past season.

From here, the Yankees will have to find a replacement for Robbie. New addition Kelly Johnson could fill in, but he was really brought in to be a utility player. Omar Infante is now the best available second baseman on the free agent market, and has already been linked to the Yankees this offseason. On the trade front, names like Howie Kendrick and Brandon Phillips have been floated. Kendrick is intriguing but would be difficult to obtain, and Phillips has too many warts at this stage in his career. Matching Cano’s production at second base in the years ahead will be impossible, so the Yankees have been patching the lineup in other areas to account for this loss.

What bothers me most about this ordeal was the Jacoby Ellsbury signing. After Ellsbury was brought in, I was certain the Yankees would eventually pay up for Cano considering how close the deal was to their offer for Cano. It just didn’t make sense that they would pay Ellsbury $153M for seven years, but only offer Cano $17M more over the same period, when Robbie is far more valuable.

I’m far less optimistic about 2014 now that Cano is gone. Losing any six win player hurts, but when it’s a second baseman, it’s even more painful. The emotional tie to Cano as a lifelong Yankee also adds to the frustration. Some part of me is hoping the Yankees swoop in right before Cano signs the dotted line in the next day or two, but that’ll just prove to be false hope. It probably won’t sink in until his introductory press conference at some point next week.

This entry was posted in Thoughts and tagged Robinson Cano. Bookmark the permalink.

One Response to Reacting to Cano’s Departure