As you’ve probably heard by now, the Baltimore Orioles have made a habit of outperforming their run differential these last three years. In 2012, they finished the year 93-69, but their +7 run differential suggested they didn’t play much better than a .500 team. This year, they’re at it again. They currently sit atop the American League East with a 73-52 record, but their peripheral stats suggest they’ve lucked into a few wins along the way.This has inevitably lead to some disagreement over the true talent of recent Orioles teams. On the one hand, it’s been well established that things like base runs and Pythagorean records do a pretty good job of predicting a team’s win-loss record. But at the same time, Buck Showalter’s Orioles have been pulling this off for a while now. Even if you understand and accept the concept of random variation, its a little hard to believe that the Orioles’ run has been entirely due to luck.Jeff Sullivan recently penned a convincing article, dispelling the myth that clutch teams remain clutch over an extended period of time. He compared teams’ first half clutch scores to their second half scores, finding no correlation between the two, concluding that “team clutch” is not a repeatable skill.

Sullivan’s argument is pretty persuasive, but Major League teams today are sort of like like a Ship of Thesius: They experience lots of turnover over the course of a year, and come September, many look completely different than they did on opening day. Perhaps a comparison of half seasons might not be picking up on the “magic” that often exists for only part of a year, when a team had the right combination of players on its roster.

To test whether this might be the case, I looked at month-to-month correlations for all consecutive months from 2009 to 2013. I also broke things up by hitting clutch and pitching clutch to see if there might be a phenomenon that exists on only one side of the ball. 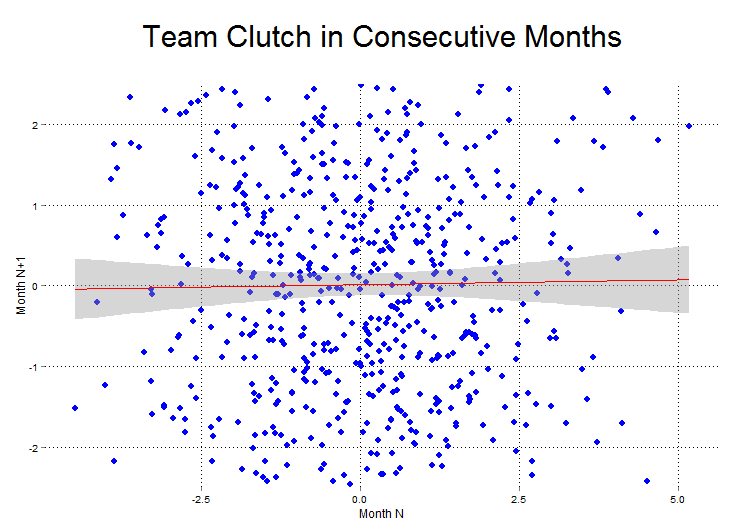 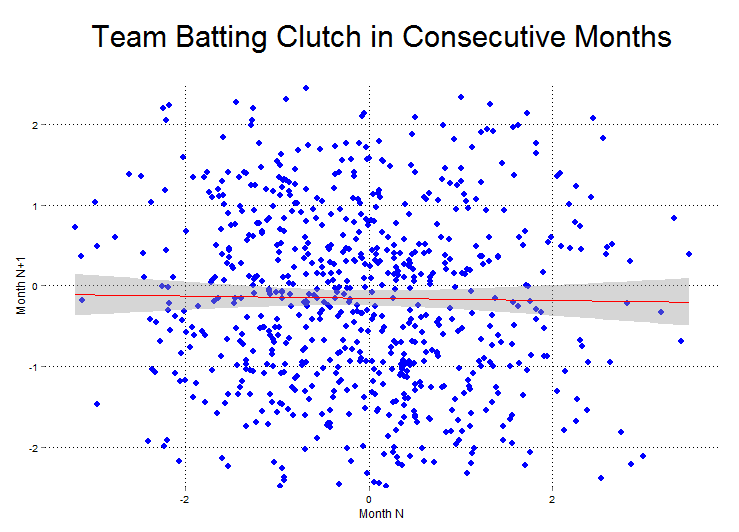 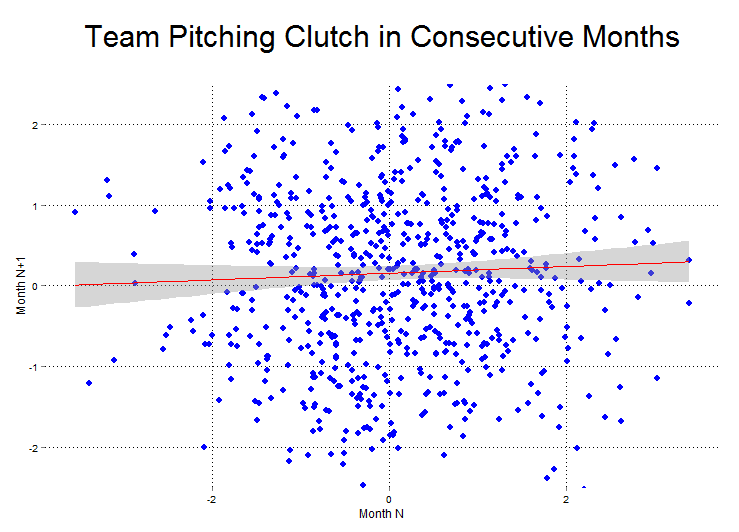 There isn’t much going on here, as all three trend lines are pretty darn close to flat. But we do see a slight upward slope to the trend line for pitchers. Its not enough to be statistically significant (P-Value=.27), but maybe it could be picking up on something. For instance, it doesn’t seem far-fetched that some managers might be better than others at deploying relievers in situations where they’re likely to succeed. The 2012 Orioles’ bullpen, after all, was more clutch than average in all six months of the season. So maybe their success had something to do with the way Buck Showalter managed his bullpen? Let’s see if we see anything more definitive by breaking up the correlations up by starters and relievers. 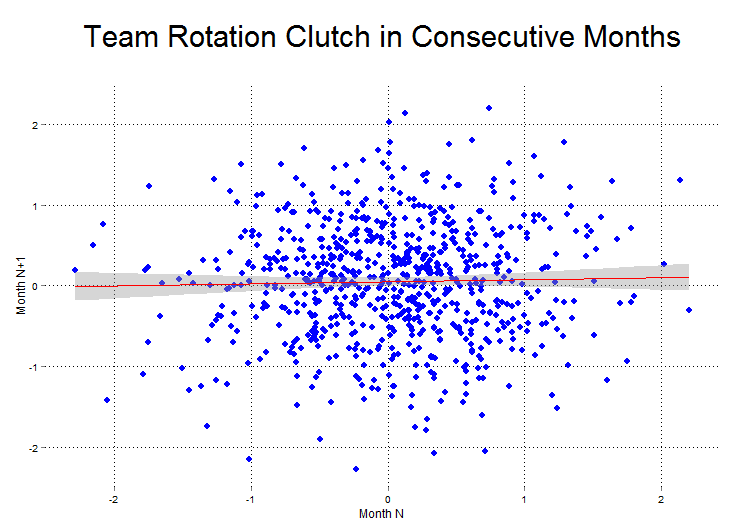 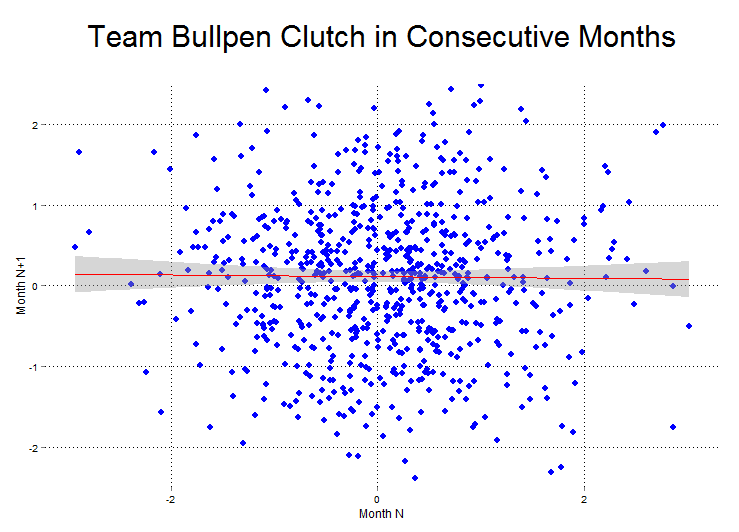 Nada. Both rotation and pitching clutch show no signs of correlation, which implies that the hint of a relationship for month-to-month pitching clutch was purely statistical noise. Pretty much any way you slice it, there’s just no evidence suggesting that team clutch is in any way a repeatable skill, even over very short periods of time. Some teams — like the Orioles — do manage to string together consecutive months of clutch performance. But the overall lack of correlation between consecutive months shows that a team’s clutch performance is about as random as a coin flip. If you flip a coin enough times, you’ll eventually get 10 heads in a row. By that same logic, you’re bound to find a stretch as extreme as the Orioles’ if you string together enough three year stretches.

All statistics courtesy of Fangraphs and their infinitely useful splits data.

Chris works in economic development by day, but spends most of his nights thinking about baseball. He writes for Pinstripe Pundits, and is an occasional user of the twitter machine: @_chris_mitchell
View all posts by Chris →
This entry was posted in Analysis. Bookmark the permalink.